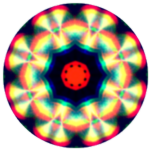 SAVE TIME &
SOUND YOUR BEST

I can mix and master your music so you can spend more time creating music, playing shows, and growing your audience.

HOW I CAN HELP YOU 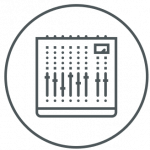 Do your songs need to sound more open? Or punchy with extra vibe? If you send me your multi-track recordings and your mix goals, I can give your songs the right amount of everything from spectral balance to magical ear candy! 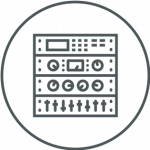 Are your tracks bursting with character and the mixes are right, but you're struggling to master them so they sound professional? Let's get your stereo mixes sounding their best - big, loud, and ready for physical or digital release! 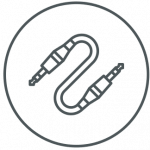 Do you need help improving your recording or mixing skills at home? We can collaborate via video to develop these music production skills and more, so you can finish more music and build your growing brand as an artist!

EXAMPLES OF MY WORK

"Nate's attention to detail and commitment to excellence make him unparalleled. It's a relief to know that the final product will best represent your creative vision."

"Nate is not only a great audio engineer but a great person to work with. He always takes time to answer any questions and entertain any wild sound ideas that I may come up with."

Najee Omari, Yo! & the Electric

"Nate is knowledgeable and dependable both as a producer and as a mastering engineer. He mastered a 5 song EP and really helped make the music shine like it should!" 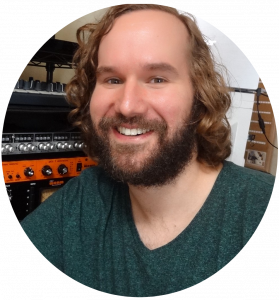 GET TO KNOW ME

I’m very passionate and thoughtful about creating captivating original music with my personal blend of technical expertise and calculated experimentation. Without compromise, my goal as your engineer, producer, or collaborator is to do everything within my power to help each and every project realize its true potential. Together, we can release more music, which will nurture your fan base and keep them engaged!

I’ve been playing instruments and creating music for over 23 years, and I’ve been a professional audio engineer for over 11 years.

After graduating from the University of Wisconsin-Madison, I earned an additional degree in Recording and Music Technology from Madison Media Institute (MMI). During my time at MMI, I learned audio recording, mixing, and Pro Tools operation from veteran engineers, including Kevin Guarnieri (Mariah Carey, Whitney Houston, Mick Jagger, Alanis Morissette) and Doug Olson (the Smashing Pumpkins and Cheap Trick). I also tutored other students in the Recording program each semester. I graduated from MMI in 2013 with a perfect 4.0 GPA and perfect attendance.

After graduating, I earned the opportunity to become a teaching assistant at MMI, and I helped instruct students one-on-one and in groups with instructors, including Chris Vrenna (Nine Inch Nails) and Sean McMahon (Slipknot). Additionally, I helped edit and improve course materials for the Recording program. During this time, I interned at DNA Music Labs in Madison, WI and subsequently became DNA’s Production Assistant and Audio Engineer. Since then, I started my own freelance engineering business and have produced and recorded music out of DNA Music Labs, Omina Labs, the Library of MusicLandria, and many unconventional spaces, including office buildings and clients’ homes.

Perfect your stereo mix for release
$ 40
/song
Email Me Today